Right, we’ve given you five of our 10, now here’s the second part. Happy listening, ballad fans. 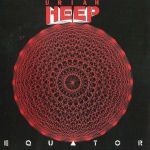 Uriah Heep? The hell are they doing here? Weren’t they that weird 70s band that sang about wizards and magic and shit?

Well yes, but by 1985 they’d wisely decided to change their lyrical focus somewhat. Featuring Mick Box as the only constant from the days of old, along with Lee Kerslake on drums (hey, he wasn’t an original member, but he played on Demons and Wizards, which kicks proverbial ass, y’hear?) Uriah Heep turned into a more generic hard rock band upon the release of 1985’s Equator.

Got to love the total shift to madrigal strings (read: synthesised strings) at around 3:30 which proves that they totally hadn’t lost their 70s weirdness, but it’s only short-lived as Box’s guitar solo rips in a few moments later. Still, the guitar soloing and the superb “it’s…a…game!” chorus is worth keeping this one firmly on iPods everywhere. 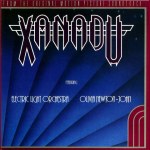 File this one under guilty pleasure, stat. We’ve tried ever so hard to not like this, but it just does something to us.

In the late 1970s, every man and his dog were trying to follow up on the success of Grease. Infact you had so much grease knocking about that some poor bastard was eventually going to slip up. Enter Xanadu in 1980.

Lead actor Michael Beck once said of the film: “The Warriors opened a lot of doors in film for me, which Xanadu then closed.” Who’d have thought roller disco was never going to take off, eh?

The soundtrack is essentially Jeff Lynne by numbers, aside from this tragically forgotten power ballad which, even though you’re supposed to abhor it, has all the classic hallmarks. Slow pounding ballad, four chords, heroic vocals, and several sing-along moments. “How in the world can I go on?” Jeff asks indeed.

And just when you think “no, this song can’t go up another key, no…it can’t make it…” at 3:30 the catharsis is complete; a teardrop fills your eye and you have to use another lighter. Magnificent stuff, and proof you don’t need a wailing guitar to power your ballad, but for the love of God don’t watch the film.

David Coverdale and Jimmy Page together – aren’t they two names that fill you up with a heady mix of euphoria and trepidation?

The year’s 1993. As a result, we’ve got bad haircuts galore (and we’ve also got Page and Coverdale looking uncannily like Brian May and Roger Taylor on the album cover by the way…work that one out). Of course the album was relatively faceless, and in the wake of Nirvana nobody really paid much attention, but the joy of the collaboration was watching shit like this in the live performances. Coverdale does a blinding Robert Plant here by the way, never mind what all the purists say. Plus, it was stopping Dave fucking up the history of hard rock music with Whitesnake.

Maybe get JPJ off Them Crooked Vultures and put Coverdale on the mic…it could be beautiful. Of course it’s worth them singing this too, for all the lighters in the world.

This little gem (we’ve included the single version here, but the album cut clocks in at an almighty seven minutes) is tucked away on what the band considers their best effort, 1991’s Psychotic Supper.

The bare-bones structure of this song, held together by Frank Hannon’s gorgeous acoustic riff, goes effortlessly from blues rock to heavy power balladry, and the video, proof that if you’ve got the hair, you can do anything, encapsulates the song’s lyric; it’s not what you’ve got, but what you give. And we give you this.

The greatest power ballad that nobody’s heard about? Well, we think so. For a start, this is on two different albums, dependent on where you are. For folks in Europe, this is off ‘Stick It’; for folks in America, this is off ‘Great White’.

Confused? Well don’t be, as this is utterly magnificent. Again put this under the category of ‘early album track people barely remember’, as Great White went on to much better things after about 1987, if you read what people say.

This ballad’s got a real haunting quality, and one of the most kick-ass choruses in the history of recorded music. “Gotta hold on…one more day.” It’s got the perfect mix of ballsiness and despair, going far away from the usual bullshit of talking about rain, or change, but about having nothing left to live for except hope itself. When you’re feeling down, play this – a most deserving winner.

So that’s it for power ballads. There are of course many, many more we couldn’t fit in – why not tell us some of yours?

Keeping in touch with all the new beat combos in and around the music biz, you'll get a good review as soon as I get my rum and coke. END_OF_DOCUMENT_TOKEN_TO_BE_REPLACED
This entry was posted on Sunday, February 6th, 2011 at 9:14 pm and posted in Entertainment, Features, Music. You can follow any responses to this entry through the RSS 2.0 feed.
« The 10 Greatest Obscure Power Ballads (Part One)
White Stick Award: Why Saturdays Suck And Cheats Never Prosper »